Universally known as the City of Palladio, Vicenza - one of the oldest cities in the Veneto region - is strategically placed in a territory rich in cultural offerings, natural beauties, productive and food and wine resources, small towns to discover.
Since 1994 Vicenza has been officially designated by UNESCO as a World Heritage Site.

Those who do not know the historic center will be surprised to discover an artistic heritage that in the past had inspired famous writers such as Goethe, Camus, Fogazzaro, and Goffredo Parise. The obligatory stop is the Piazza dei Signori, which overlooks the Basilica Palladiana and the Loggia del Capitaniato. Absolutely unmissable then the Olympic Theater, La Rotonda and the Basilica of Monte Berico. 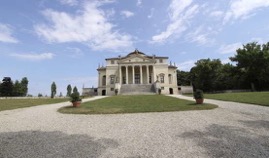 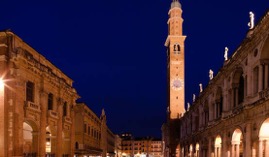 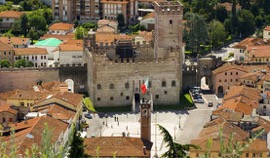 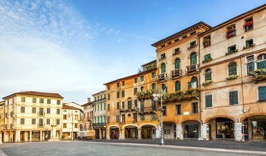 At 32 Km from Vicenza, located on the banks of the Brenta, Bassano is a city rich in natural beauty and masterpieces of art. Symbol of the city is the characteristic wooden bridge designed by Andrea Palladio in 1569.
A few minutes from Bassano del Grappa, Marostica is famous all over the world for the square designed as a chessboard where every year since 1454 is held the famous game chess with living characters.