"Today most of humanity lives crucified by poverty, hunger, water scarcity and unemployment. Crucified is also nature torn by industrial greed that refuses to accept limits. Crucified is the Mother Earth, exhausted to the point of losing her inner balance, evidenced by global warming. A religious and Christian gaze sees Christ himself present in all these crucifixes. On Good Friday he continues, but he does not have the last word. The resurrection, as an irruption of the new being, is the great response of the Father and the promise for all of us, to the ends of the earth". Leonardo Boff

In the great variety of devotional images that history and tradition have given us, the Cross or Crucifix continue to have wide diffusion and remain as the Christian religious object par excellence: purchased by devotees, pilgrims or simple tourists at the shops of religious items or those in the vicinity of churches or sanctuaries, and present in the vast majority of homes, constitute an important part of the more general devotional sector on display in Koinè.

The representation of the Crucifix, as unfortunately most devotional images, however, despite the innovative wind of the Second Vatican Council that has invested the Church also in its artistic expressions, has remained linked to iconographic models often no longer current. Koinè 2021, in tune with the missionary inspiration of Pope Francis, "I dream a missionary choice, capable of transforming everything", and with the pastoral plan of the Church in Vicenza, "Baptized and sent for the Life of the World", He considered it appropriate to create an exhibition dedicated to the Cross, interpreted through two perspectives: the missionary aspect that characterizes the contemporary Church and the aspect of the glorious Crucifix risen that is flanked by the life of believers

Through this exhibition we intend to gradually promote the adoption of contemporary artistic languages and sensibilities also in the realization (and dissemination) of images that not only enter into the ritual actions of the Church, but are linked to the particular feeling of devotion of the faithful. 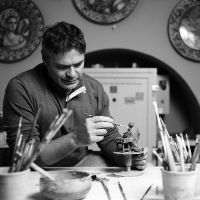 MARCELLO AVERSA
After finishing his studies, Marcello Aversa started to support his father in his small factory of clay bricks for wood ovens. In the 80s, when the fascination for the Presepe Napoletano (Napolitan Nativity Scene) increased, he developped his interest, first creating different sets with the traditional technique and then molding really small clay figures. In 2001 he finally opened an Art Boutique in the historical city centre of Sorrento. During the last few years, he dedicated himself to the theme of the Crucifix, and his creations, the Christus Vincit and the Vita Semper Vincit, are now located respectively in the Sorrento Cathedral and in the Dome of Mirandola. Other pieces are displayed at the Great School of Saint Teodoro in Venice, at the Cathedral of Santo Spirito in Florence and at the Museum of Belenes de Molina in Spain. 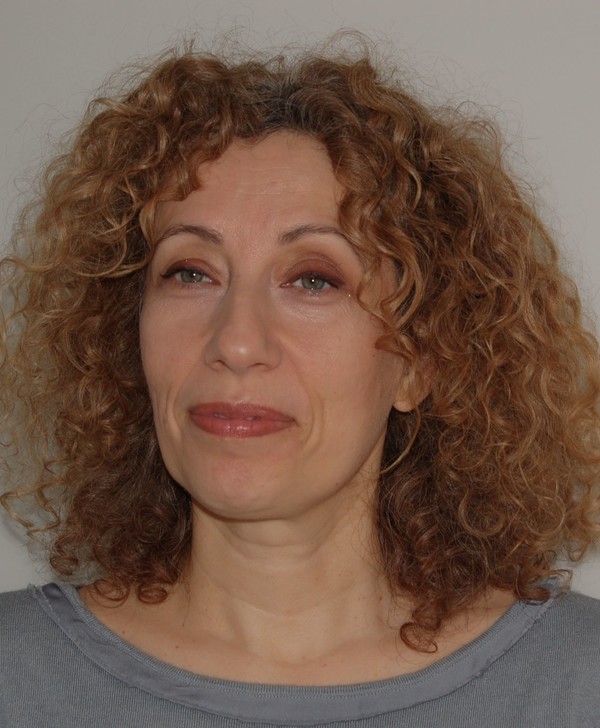 ANNALISA TORNABENE
After graduating in Visual Arts, with a specialisation in Painting, at the Academy of Fine Arts in Venice, Annalisa Tornabene became a teacher of Artistic Anathomy at the Academy of Fine Arts in Brera. In 1994 she went back to her old University, the Academy of Fine Arts in Venice, this time as a teacher.
Her artistic research focuses on the theme of the body and it’s expressed mainly through drawing and painting. Her works are held in several public and private collections.
Along with her other interests, the artist is committed to the realisation of pieces of Sacred Art. The Church of San Bartolomeo, in Treviso, is completely decorated with her works: the baptisimal font altarpiece “Sinite Parvulos” (of 120x180cm), the confessional altarpiece “Il figliol prodifo” (of 120x180cm) and a triptych altarpiece (of 350x220cm). The pillars of the Church are also enriched by twelve ornamental panels portraying the Apostoles.

BRUNO LUCCHI
Bruno Lucchi studied at the School of Arts in Trento, completing his education at the Magistero delle Belle Arti in Urbino. Soil has always been his favourite element, and in his atelier he turns it into terracotta to create pieces of art, together with bronze and porcelain. Recently, in his seek for innovation, he started to use new materials, such as the Corten steel, to build enormous art installations, and the mosaic, as a modern technique.
He started to exhibit as a professional in 1991 and his works have been part of more than 200 exhibitions in museums, public rooms and illustious galleries in Italy and overseas.
He’s the author of important public works of great dimensions, and some of his pieces are currently held on four ships of Costa Crociere.
Publication in update