Sacred vases and objects for liturgical use

Where did the change in the Catholic Church start about objects for worship? The starting point is the liturgical reform promoted by the Second Vatican Council (1962-1965) up to the present day.

The world of sacred vessels and liturgical objects, in particular of the chalices, has been involved in a renewal, which does not want to cut ties with tradition, but opens up to the expressions of contemporary culture. The chalices designed after the Council have some recurring characteristics: there is a tendency to remove the decorations that have given way to large surfaces worked in various ways and then finished.

The dimensions are generally smaller, and the monumental chalices have disappeared. Even the forms have become simpler, linear, sober. In some cases the color appeared, we no longer resort only to golden metal. In some cases and in limited areas, less noble materials such as ceramic and plastic have also appeared, the precious stones have almost completely disappeared.

Through this collection of objects exhibited in previous editions of Koinè and collected in the catalog published in 2017, we will make a journey through the history of art that has characterized the objects for the liturgical use of the last fifty years, to arrive at the contemporary world that will find ample space with the exhibition to be held in Koinè 2020 dedicated to objects for liturgical use. 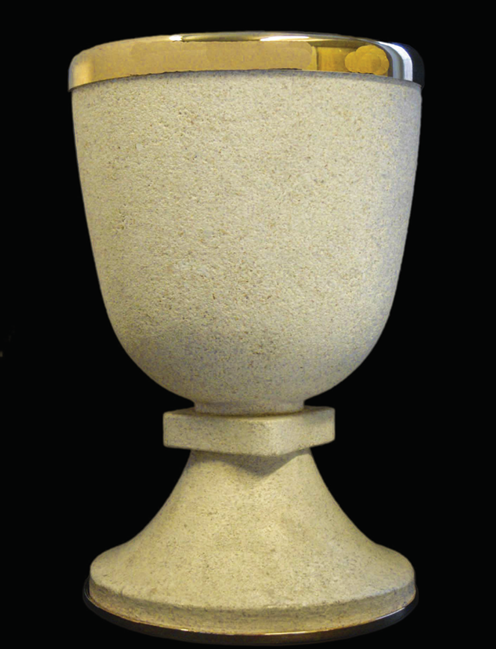 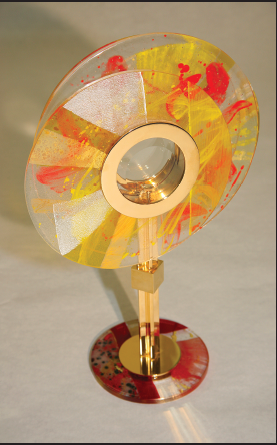 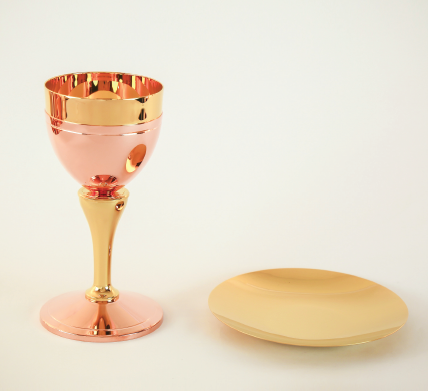 Gabriele learns from his father Erminio, founder of the company, the techniques of chisel, embossing and enamel. It is also formed outside the corporate environment and reinterprets the company's production in the light of a renewed sensitivity.

DESTA is a worldwide reference in the production of sacred vases and metal furniture, also precious. The goal remains to produce artifacts that reflect the dignified and austere beauty that must always be sought in the works of craftsmanship at the service of worship. 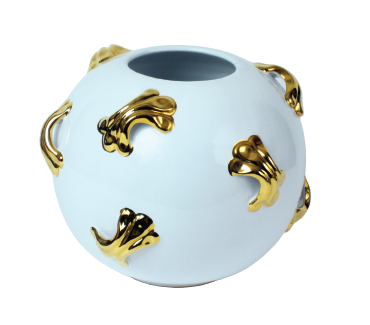 SAMBUCO CERAMICHE D'ARTE
The company collaborates with artists and designers with the aim of creating new shapes and decorations, opening techniques and materials to create original furnishing proposals.