In the great variety of devotional images in the history and tradition, the printed image of the Saints has always had wide circulation: the holy picture, in particular, which belongs both to the private prayer dimension and to the practice of pilgrimage to sanctuaries, remains the most widespread form of printed support for sacred images.

The representation of the saints, despite the renewal of the Second Vatican Council which inspired the Church in its artistic expressions, however, remained largely tied to traditional models and expressive languages.

In the 2017 exhibition, Koinè brought the theme of the iconography of sacred images to the attention of the artists anche of the world of production, with the goal to open up to the languages ​​of modernity. The artists, who come especially from the world of painting, art graphics and illustration, have worked on the rereading of consolidated iconography, but also of saints of the modern era, trying to propose new languages ​​and new styles. 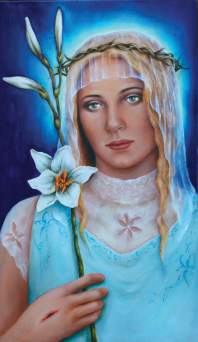 Artist: ALESSANDRA BININI
The artist interprets the tradition adapting to a contemporary sensitivity.

She cultivates interests for material painting and symbolic narration, fueled by a constant expressive exercise. 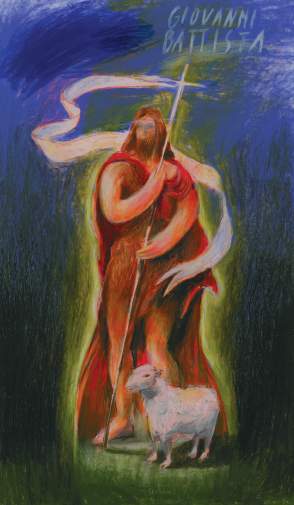 The continuous research, with the transfiguration of the dream, brings him closer to the literary tradition, from Ariosto to contemporary poets.

Fantastic animals fly on the wings of fantasy and of the great masters of literature which he interprets with painting and with the liberating force of the sign, between informal breath and figurative references.

Fairy tales and stories are the protagonists of her art for many years; later he studied and deepened the aesthetics of Japanese art.

Her love for watercolor and contact with nature bring her closer to the fascinating world of botanical painting. 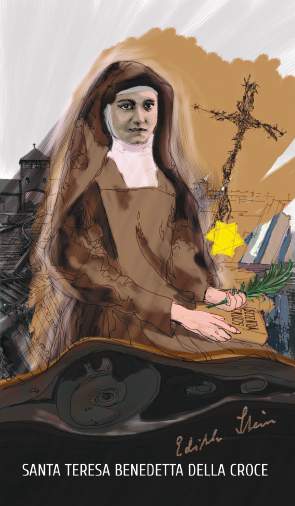 In her thirty years of experience she worked in particular in the institutional and cultural sector.

Since 2007 she has devoted himself above all to work for the Catholic Church, to integrate the Christian message into the culture of the media.

She wants to give a recognizable face to ecclesial realities through new and traditional tools: design, coordinated graphics, publishing, videos and animations. 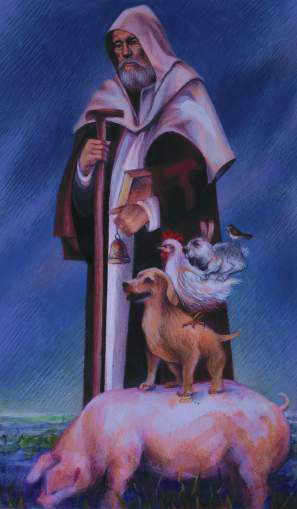 Vicenza painter and engraver, since 1971 he engraves and works using different techniques and executive processes, demonstrating a special preference for the black way. 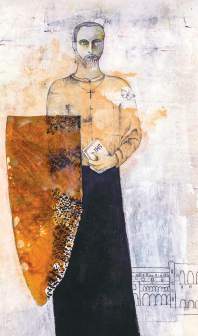 The fabric through color, composition and tactile perception, responds to its needs; participates in national and international textile art exhibitions. 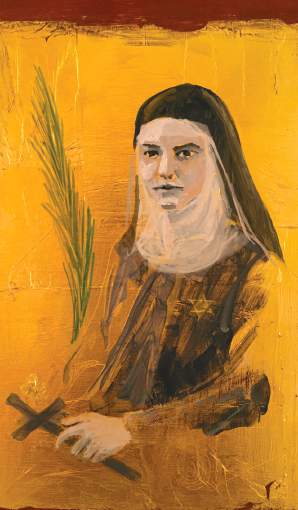 Her artistic research revolves around the theme of the body and is mainly expressed through drawing and painting.